Good morning. Thank you for visiting the Daily Monsters the week, when they were actually daily again. I had fun doing clips for you at the old fast and furious pace, and I really loved the stories you posted. Check out yesterday's haul by clicking here.

And now, without further delay, please enjoy this small, yet grand finale:

I just committed to the next Daily Monster project yesterday afternoon. It'll be something fun in a different format, and most definitely a collector's item. (No, not a toy. :^) Stay tuned for more after the AIGA Conference in Memphis.
But there'll be other things between now and then, I'm sure.

For now, I hope you'll have an excellent weekend.
And of course I hope you realize that 344 LOVES YOU

Good morning. After a day of non-stop tech frustration -- some self-inflicted, some genuinely not my fault -- it's a pleasure to bring another Daily Monster to life for you. Especially when I can look forward to more great stories like the ones you came up with for yesterday's creature. Please check it out.

OK. Back to work I go. This night ain't over yet.
But you better believe that 344 LOVES YOU

Good morning. I hope you're having as much fun with this week of Daily Monsters as I am. Yesterday brought more great stories and comments.
Please take a look.

Today's Daily Monster salutes this year's winners of the AIGA Medal, Pablo Ferro, to whom I owe a large royalty check for my own hand-lettering, Carin Goldberg, and Doyald Young, who I'm honored to call a friend.

I've donated the original drawing to AIGA for the silent auction at the awards gala in New York on September 17th. Unfortunately, they don't accept remote offers, but if you're lucky enough to be in attendance, I hope you'll put in a bid. All proceeds benefit the AIGA Design Archives and the Worldstudio AIGA Scholarships.

And just to see how many times I can put the letters AIGA into one post, did I mention that I'll be speaking at the AIGA Conference in Memphis this October? It's true!

But we're getting off point.
Monster. Daily. Mini-series. Day 3. Enjoy!

I can't wait to read your stories and theories
about this well-dressed creature. In the meantime,
you're safe to assume that 344 LOVES YOU

Good morning. Welcome to Day 2 of this little Daily Monster mini-series. It was so lovely to see Simon and Bill back with great stories yesterday, and to have first-time contributor Karen come in with a strong debut. I'm excited to see what you'll think of No.202:

If you have trouble viewing the Monster here, please let me know.
I'm experimenting with the video feeds right now. As a backup,
you can always find all the clips on my YouTube channel.

For now, I hope the week is treating you well,
and that you remember that 344 LOVES YOU

Good Morning. Just for laughs, I decided to post a new Daily Monster every day this week. It's been so long, and I've had fun filming a few of them over the past few days, so I want to share them with you. If you feel like posting a little story for them, I'd enjoy that. But if you just want to take a look and say Hello, that would make me happy, too. For now, please meet Daily Monster 201:

In case you were wondering: 344 LOVES YOU

Good evening. At my friend Jed's suggestion, I'm fiddling about with the just released Beta of Rhonda, a new 3D drawing program. Right now the only tool is the pen -- one color, one line weight. You can't select any of the lines you've drawn and move them individually. You can't distort, you can't erase. All you can do is command Z. And even that is alt-Z for some reason. When you start the application it takes over your entire screen. There is no Finder menu at the top of the screen. There is no dock. If you want to access any of your other stuff, you have to quit the app. It's all very odd.

But then it's also weirdly fun.
Kind of like finger-painting in 3D.
Check out my first three-dimensional Daily Monster: 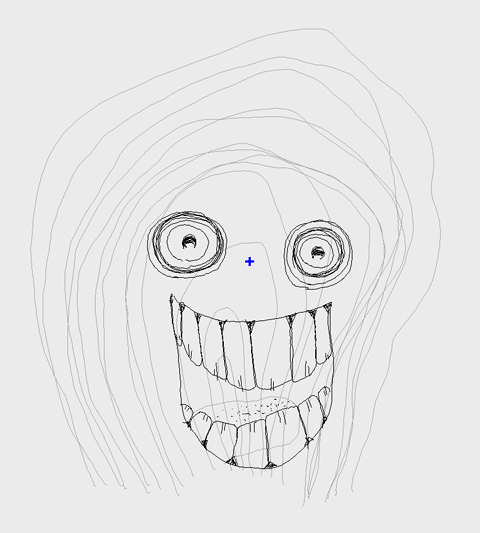 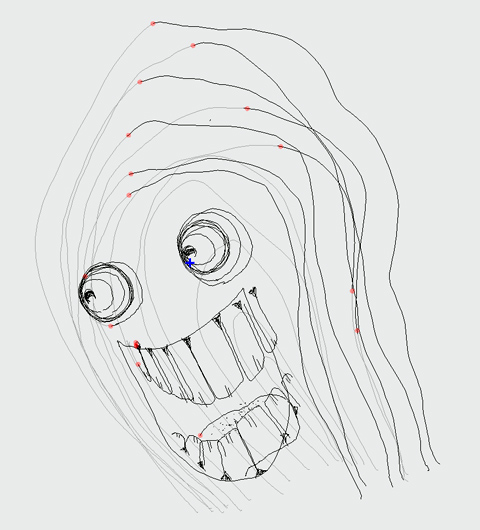 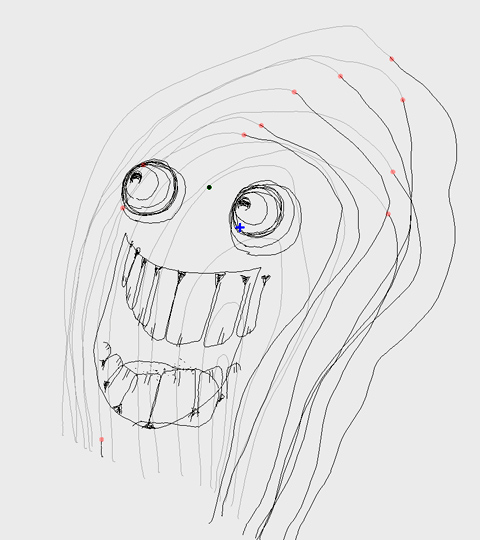 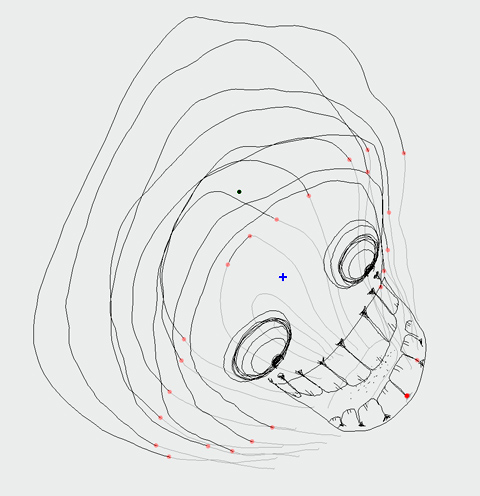 I'm not saying I'll make one of these every day, but I'll keep playing, and may post a few of these in the coming weeks. If anybody else is playing with the beta, let me know. Maybe we can exchange notes.

Also, if you know a good Mac software for recording what's on your screen, then I don't have to aim my digital camera at the screen like a caveman with a digital camera.

For now, I hope you'll have a good weekend. If you're at the Topanga Film Festival tomorrow, come say Hello. And as always, please remember
that 344 LOVES YOU

Good afternoon. How are you? I hope this finds you well. Please forgive me for being so utterly behind on updating the blog. I'm tempted to promise that I'll do better, but I've made that promise before, of course. Best to just change one's ways without trumpeting big resolutions. I'll certainly try.

The main reason I've been so absent is that, while I've been working just about non-stop over the last few months, that work hasn't yielded any new drawings that I can show you right now.

So what's new? I designed an internal poster for Siemens, which I can't show you. Did a whole sheaf of drawings for an internal presentation to Avery Dennison. Can't show you those, either. I'm working on a cover for a book about Miles Davis. That one I will be able to show you in a while, but it's not even done yet. You see why I'm not so much with the blogging right now.

I also filmed new Daily Letter segments for the Electric Company. They turned out really fun, and will start airing in the fall, at which point I'll post a link for you here, of course.

Beyond that, I'm working on a series of new Daily Monster drawings, and on a new Daily Monster online app. I'll reveal both once they're done. I've also been putting my shoulder into a new non-monster book idea that I'll tell you about once it's found a home with a publisher.

On a more mundane note, I've made a few little tweaks to the 344 Design site, launched a separate site for my illustration business, and updated the design of my channel on YouTube.

As you can see, there's a lot going on, but most of the really news stuff is just not quite at the point where I can post it here for you.

What I can show you is the new photo book THE GRAPHIC EYE -- Photographs By Graphic Designers From Around The Globe. I had mentioned it in a previous post, but now I have my first samples in hand, and can put up a few actual photos: 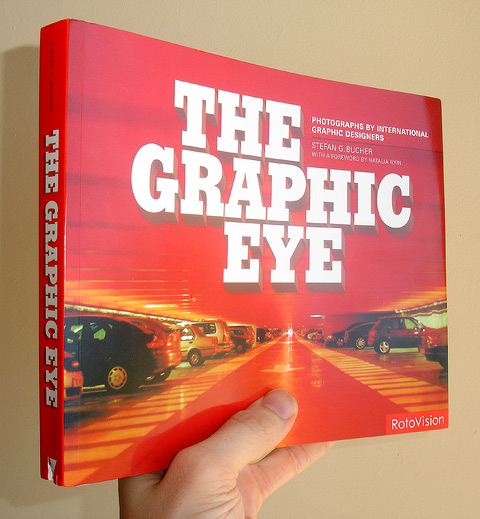 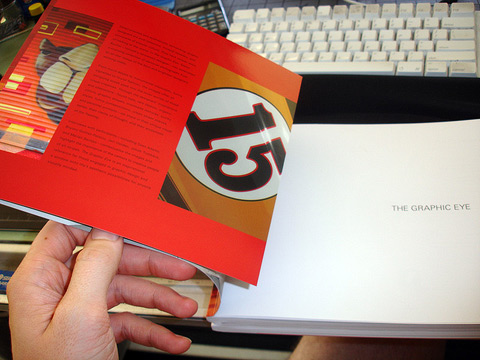 RotoVision are releasing the book in the UK. They're the ones who said "A coffee table book with photos by designers? Let's do it!" and then let me do it right. They rock. They also won Chronicle Books as a co-publisher for the US edition, which looks like this: 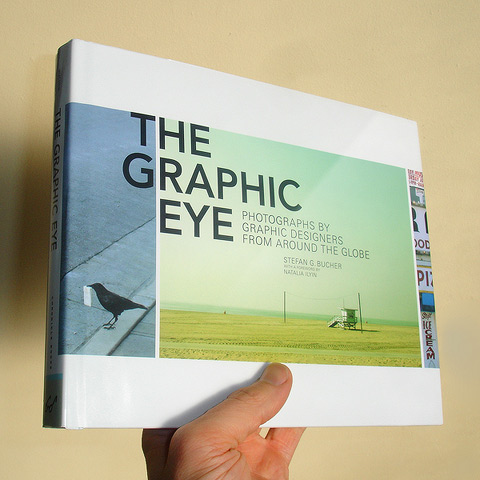 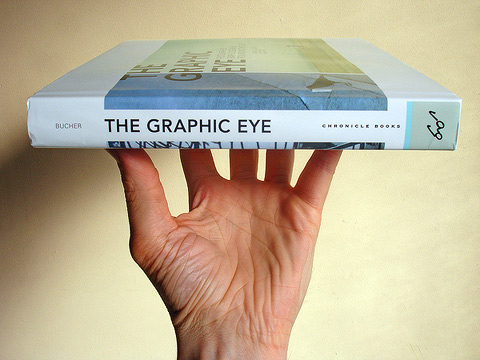 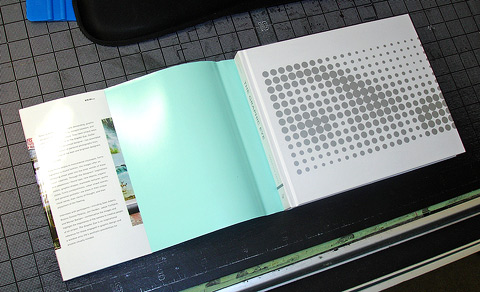 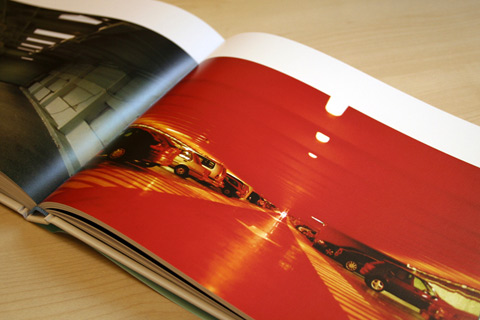 As you can see, the UK edition is a paperback, while the US version is casebound. I designed both of them, and at some point I'll make a little graph of the cover selection process for you. We started out with the exact same set of comps on both sides of the Atlantic, and then evolution took its course. I actually like them both very much. I hope you do, too. (By the way, the cool wing foldout on the UK edition was the idea of RotoVision art director Tony Seddon. Thank you, Tony!)

I also want to mention that the book features a brilliant foreword by noted culture and design critic Natalia Ilyin, author of Chasing The Perfect and Blonde Like Me. Not to put too fine a point on it, but Natalia kicks serious ass. I'm lucky to have her words in my book.

Both editions will be on sale online in September, and in stores no later than November.

If you live in the L.A. area, or you can make the trip, we'll have a little launch party for the book at beautiful Skylight Books in Los Feliz on Friday, September 18th, starting at 7:30PM. Skylight is on the same block as some great restaurants and shops, and just down the road from Griffith Observatory, so I say come on down and make a night of it! No RSVP necessary. Just drop by, and feel free to bring friends.

That's pretty much it for now. Please stay tuned for more soon. In the meantime, my apologies again for having become such an absentee blogger. I do hope you know that even during these extended radio silences 344 LOVES YOU

P.S. A quick technical note: TypePad now supports threaded comments, which means if you post a comment I can reply to you right here on the site, linked to your initial comment. More importantly, it also means that you can comment on each other's comments. You know... like YouTube and Facebook have already had forever? Well, now the Daily Monster has it, too.